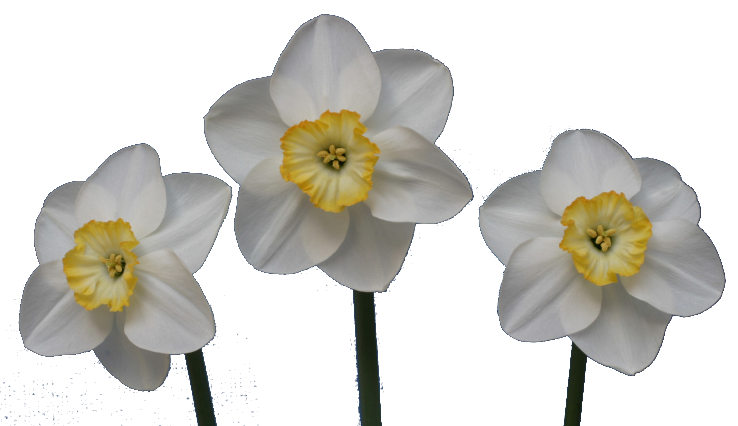 Ben Blake has had a long-term goal of translating DaffSeek into multiple languages.   When he attended the 2008 World Daffodil Convention in Europe, he renewed his interest in supporting many languages and decided to begin the translation effort.   Our language translation goal has been to enable DaffSeek to be not only for the English-speaking part of the world but to be a truly worldwide resource for daffodil information and photos.   Our goal is to support the primary languages of all daffodil growing regions.

Henry Shejbal serves as our ‘mentor’ for the DaffSeek Translation Project.   We would like to thank Henry for working with Ben to determine the best approach for translating terms and definitions used in DaffSeek.   Henry has improved and validated the quality of our translations using his extensive knowledge of European languages as well as his expert knowledge of horticultural terms.

Henry Shejbal is of Czech origin, and was born in Vienna, Austria.   He currently lives on the outskirts of Rome.   Henry is a retired Biochemistry Scientist and was the director of a biotechnological research institute.   He began collecting and growing daffodils in 1980 and currently organizes an annual Daffodil Show, Mostra del Narciso, in his garden.   Henry established Floriana, a nursery with the largest assortment of ornamental geophytes in Italy.   Henry’s son, Christian, continues to operate Floriana today.   Henry’s personal website is http://www.amo-bulbi.it/.  He also has a didactic site dedicated to ornamental geophytes: http://www.floriana.ws/.   The commercial website for Floriana is http://www.florianabulbose.eu/.

Theo Sanders lives in Essen, Germany, and is a retired professor for Material Science at the local university.   Theo’s hobby is horticulture.   In 1973, Theo made his first crosses with daffodils on a very small scale.   In 1996, he started to cross standard daffodils with a large number of different varieties of species.   At the 2008 Daffodil World Convention in Holland, Theo displayed a large collection of his most recent colorful daffodil seedlings.   Theo enjoys searching for wild narcissus in their native regions.

Juan Andrés Varas Braun was born in Santigo, Chile, and currently lives in Valdivia where he is a law professor at the Universidad Austral’s Law School.   Since 2007, he was appointed by the Chilean government as a judge pro tempore in Valdivia’s Court of Appeals.   Juan Andrés’s interest in daffodils began in 1996, while looking for older varieties planted by his grandmother at their family farm at Villarrica.   While in Madrid, Spain, studying for his PhD, Juan Andrés enjoyed searching for many wild narcissus species.   The Varas Braun family is establishing a collection of daffodils and plan to introduce new varieties to their local gardeners in Chile.

Thierry Dronet is the owner and designer of the prestigious ‘Jardin de Berchigranges’ which was honored as France’s 2005 ‘Garden of the Year.’   Thierry and wife Monique became interested in daffodils when they discovered many wild species in nearby Vosges Mountain region.   Today they have more than 450 daffodil varieties in the Berchigranges and have two weeks set aside in spring for visitors to view their daffodils.   The Dronet’s goal is to reintroduce daffodils to France in an effort to increase their popularity.   This husband and wife team currently design gardens as well as give lectures and are conference speakers. The website for the Jardin de Berchigranges is http://berchigranges.com/.

Mira B. Vanek was born in Sweden but since she was nine years old has been living in Italy. Her father was a Czech diplomat and her mother was Swedish, so she grew up using several languages, while her education, up to the qualification as internal architect, was in Italian. She loves daffodils and participated in launching the yearly Italian garden daffodil show, Mostra del Narciso, together with her husband, Henry Shejbal. When carrying out the translation of the “Help” and “Acknowledgements” pages of DaffSeek into Swedish, she received important help from her friend Maj Britt Bergman, who also lives near Rome, and who kindly reviewed the terms used in the database, which were also amended by Cecilia Wingård who resides in Sweden.

Galina Romanova was born in Yoshkar-Ola, Russia. She now lives in Seattle, USA and works as a Technical Recruiter. When immigrated to the US, Galina lived in Cincinnati, OH where she met and became good friends with one of the daffodil society activists Linda Wallpe. Linda’s love for daffodils inspired Galina to translate the site and make it available to the Russian speaking growers.